This site does not support Internet Explorer. Please use a modern browser such as: Chrome, Firefox, Safari (included with Mac OS) or Edge (included with Windows).

The importance and value of pollinators

Pollinators, such as honey bees, native bees, other insects, and mammals, are vital to the production of fruits, vegetables, nuts, and other foods in the United States.  Honey bee pollination alone adds more than $15 billion in value to the country's crops.   Worldwide, pollintors contribute to the production of about 90 crops.   Pollinators pay a key part of agriculture and food system sustainability in the United States and contribute greatly to the economy of the country's agricultural sector.  A strong pollinator community overall helps ensure a better environment. 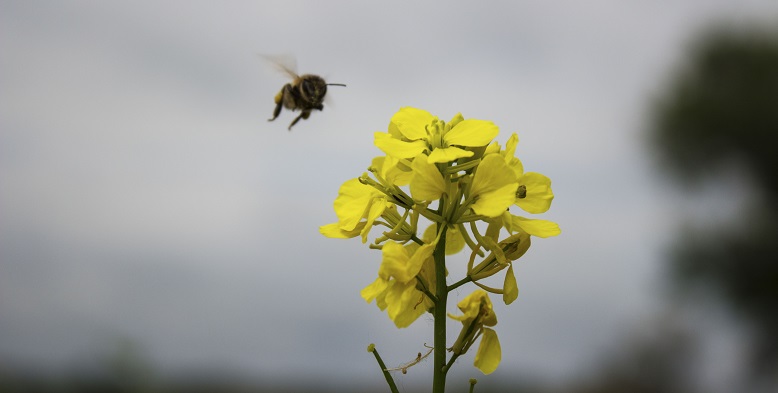 The Decline of Pollinators and Its Causes in the United States

U.S. beekeepers began reporting widespread losses of the honey bee (Apis mellifera) in 2006. The Bee Informed Partnership (BIP), a collaborative group consisting of researchers and universities from all across the country, started monitoring yearly colony losses  beginning in 2006. According to their results, total colony losses have been higher than acceptable every year since 2006.  In 2012, the United States Department of Agriculture issued its Report on the National Stakeholders Conference on Honey Bee Health.  The report identified multiple stressors that contribute to pollinator loss, including parasites and pathogens, poor nutrition due to the loss of forage lands, and exposure to pesticides.

Addressing the Pesticide-Related Decline of Pollinators

In 2013, the U.S. Environmental Protection Agency (EPA), along with Health Canada’s Pest Management Regulatory Agency and the California Department of Pesticide Regulation, developed a harmonized risk assessment framework for quantifying the risk of pesticide exposure to bees.  EPA accepted this process and made it a part of its pesticide registration and registration review processes.

Also in 2013, EPA developed new label language for certain neonicotinoid pesticides  that were identified as particularly hazardous to managed bees. These label changes were designed to reduce exposure to bees in areas where these chemicals are used.  Shortly thereafter in 2013, EPA announced its intention to amend the labels of pesticides that were applied to foliar surfaces of plants that were acutely pesticides to bees upon contact. In 2015, EPA proposed to limit the use of pesticides that are detrimental to bees, including neonicotinoids, when crops are in bloom and bees are under contract for pollination services. In early 2016, the EPA released the first of four preliminary reports on pesticides potentially harmful to pollinators. The risk assessment looked at the neonicotinoid insecticide imidacloprid, a  pesticide that poses a threat to hives when the pesticide comes in contact with certain crops that attract pollinators. The risk assessments for the other three neonicotinoids, clothianidin, thiamethoxam, and dinotefuran, will be released for public comment in December 2016.

In June 2014, President Obama issued the Presidential Memorandum, Creating a Federal Strategy to Promote the Health of Honey Bees and Other Pollinators.  The Memorandum recognized the serious, ongoing loss of pollinators, including honey bees, native bees, birds, bats and butterflies and its potential impact on food production systems, agriculture, and the environment.  It established the Pollinator Health Task Force, named as co-chairs the Secretary of Agriculture and the Administrator of the Environmental Protection Agency, and identified multiple federal agencies as members.  The Task Force was directed to develop a National Pollinator Health Strategy to increase and improve pollinator habitat. and for the EPA in particular.

In May 2015, the Pollinator Health Task Force identified three primary goals for federal departments and agencies, in collaboration with public and private partners:

The EPA has a large  role in the National Strategy including its use of the harmonized risk assessment guidance; development and implementation of toxicity testing guidelines for honey bees; reevaluation of the risk, and development of a new use policies for certain neonicotinoid pesticides; and conducting risk assessments on new active ingredients and on selected registered active ingredients.

In response to the 2014 presidential memorandum issued by the president, the EPA was charged with developing a method to assess the effect of pesticides on pollinator health, engage states and tribes in the development of managed pollinator protection plans, as well as carry out actions to enhance the environment to support more pollinator friendly habitat. Numerous other states began to address the issues surrounding managed pollinators prior to the presidential memorandum,  engaging stakeholders and developing MP3 plans. Michigan held an inaugural meeting in February 2016  in order to bring together representatives from research, government, pollinator organizations, and pesticide organizations to start discussing and developing a plan for the long term health of Michigan pollinators. The purpose of this meeting was to bring together interested stakeholders to develop a plan for wild and managed pollinator protection and stewardship. The three main objectives for the meeting included

Michigan's Managed Pollinator Protection Plan is designed to be based on stakeholder input and feed back. You can view the information presented at stakeholder meetings by going to our MP3 Info Slides.

The steering committee received input from stakeholders through the following ways:

Our survey is closed, but you can still provide input to our pollinator protection plan. If you would like to provide input, email mpi@msu.edu.